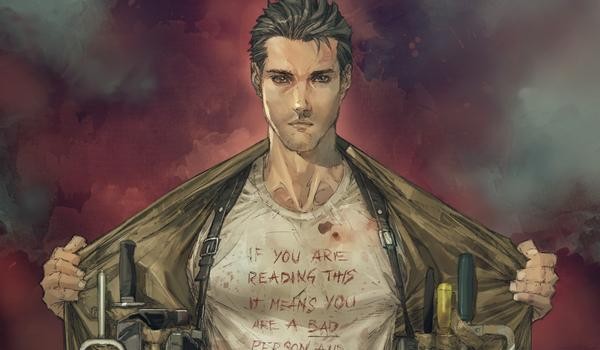 Often considered more “content writers” than literary artistes, comic writers seem destined to grab at whatever conventions are currently popular and craft tales that are familiar enough to sell to fans of the fictional fad of the moment (at time of writing: Twilight, and zombies) without proving derivative enough to invoke legal action. Murderer is the first in Top Cow’s Pilot Season – five first issues created by Robert Kirkman, only one of which will be voted worthy of a regular series – and is a contradicting mixture of hackneyed ideas and some pretty solid storytelling. Murderer concerns Jason, a telepath whose only way to temporarily suppress the voices in his head is to commit murder. Given his ability to read thoughts (or rather, inability to block thoughts out) Jason is able to single out individuals who the world would be better off without, thusly taking out the scum of the earth while satisfying his need for a decent night’s sleep. This way everybody wins!

In terms of tone, Murderer is a blend of Unbreakable, Medium, The Equalizer and the movie Frailty amongst others, and while Kirkman’s central character initially seems quite bland, the way in which his powers, and the associated remedy, are introduced is engrossing and novel. Nelson Blake II’s crisp pencils are accentuated by Sal Regla’s fine inks, and while the colours by Dave McCaig are perhaps too vivid for a series as macabre as this, Murderer was a pleasure to both read and look at.

Kirkman is wise enough to keep Murderer #1 straightforward, and the end result is a pilot issue that definitely has potential, but feels too complete as a standalone to work effectively as an appetizer. Would I pick up a second issue of Murderer? Probably. Would I be particularly bothered if this is the last of psychic serial killer Jason I ever read? Probably not.