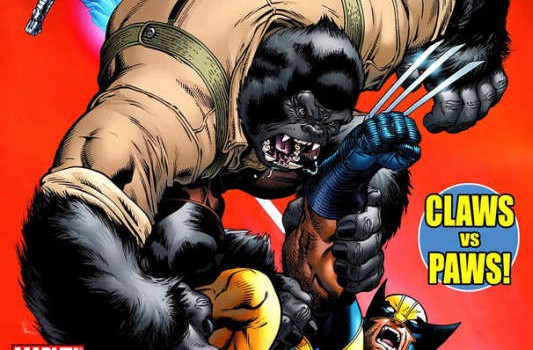 I’m generally not a fan of these “versus” titles, as they usually culminate in little more than a punch-up between two popular properties; or in this case, one extremely popular team of mutants and the heroes of a criminally undervalued new series. Marvel are clearly trying to raise Jimmy Woo and company’s profile by pitting them against the X-men, just as they used the Dark Avengers to (partially) rejuvenate the Uncanny X-men series, and the series is a quality effort that deserves to achieve said effect.

Here the Agents of Atlas are on a mission to steal Cerebra from the X-men, in order to locate missing member Venus… naturally, confrontation ensues. But ‘The X-Heist’ works, primarily because Jeff Parker knows the limitations of such a plotline, and simply has fun with it. His dialogue is always excellent, often hilarious, and Parker has a knack for knowing when to take his characters seriously and when to simply embrace the absurdity of it all. Readers of Parker’s brilliant Agents of Atlas regular series will remember that the team have previously encountered Wolverine on two separate occasions. Once on a secret mission in Cuba in the 50s, and more recently during Dark Reign, during which the supposedly reformed killing machine M-11 remembered Logan as a threat and blew his arm off. It goes without saying that everyone’s favourite adamantium-laced mutant hasn’t forgotten about it.

Carlo Pagulayan’s illustrations exhibit the same level of detail and dynamism as his work on Planet Hulk, and the art is genuinely stunning in places. The 60s-set secondary story ‘Atomic Age Heroes’ would be a fairly pointless addition were it not for Chris Samnee’s wonder depictions of the teams. Fans of Bruce Timm’s retro stylings should definitely check this guy’s art out.

X-men vs. Agents of Atlas is only a 2-issue limited series, so it’d be futile to expect too much of it. But this issue is definitely a recommended read for anyone who’s either already invested in Parker’s regular Atlas series, or X-men readers who wish to branch out into something more interesting.