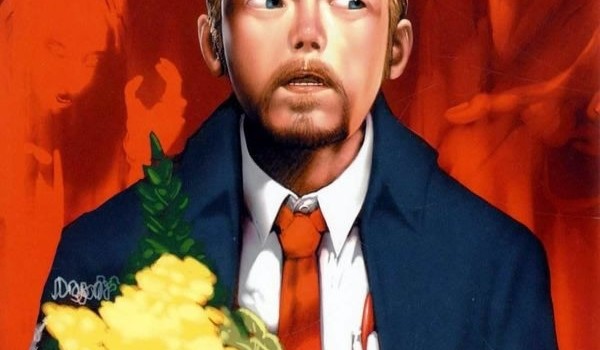 It’s time to hit the Winchester once more with the Shaun of the Dead comic adaptation, originally published by IDW in 2005 and brought to British shores a half-decade later by Titan Books.

Not that I’m complaining. I haven’t seen the film itself since its cinematic release, and while I enjoyed Simon Pegg and Edgar Wright’s so-called zomromcom, I wasn’t quite sold on it being the modern comedy classic many hailed it as. Chris Ryall’s adaptation, sporting superb pencils by Zach Howard, provided me an opportunity to fully appreciate just how inspired/funny/warm/overrated Spaced’s spiritual successor is. This is an especially faithful adaptation, which, bar a few noticeable cuts – the early scenes of Shaun commuting have understandably been omitted – presents the story intact. Shaun of the Dead

However, the problems inherent in almost any movie to comic adaptation couldn’t be more apparent than with Shaun of the Dead. Firstly, Ryall was forced to condense the film into just 96 pages, forcing him to condense the witty, and surprisingly dense, script down even further. Secondly, that distinctly British style of humour, one which overseas audiences seem determined to accredit solely to The Office, just doesn’t translate into panels and speech bubbles.

Take, for example, the side-splittingly uncomfortable moment when Shaun tells his mother that his stepdad molested him as a child, only to confess to it being a lie several seconds later. That moment of painful silence before his confession cannot be rendered onto the page, and despite the scene being recreated verbatim the joke is essentially lost.

On the other hand, Zach Howard’s spot on caricatures – with the exception of pompous twat David, who looks more like Tim Hunter than Dylan Moran – and a finale that is perfectly suited to the comic medium pull the entire book together in a pleasing enough way. Even if the Shaun of the Dead graphic novel doesn’t answer the eternal question as to why anyone could love a film so much that they’d wish to read it in comic form rather than just watch the damn film again, this is definitely a notch above similar efforts.

One thought on “Shaun of the Dead Graphic Novel Review”