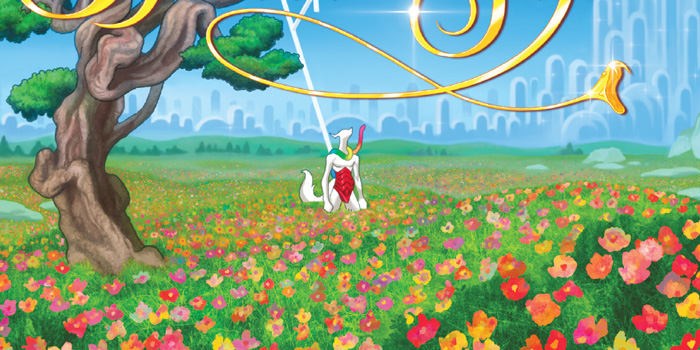 2016
Written and illustrated by Pablo Rincón

Here at Shelf Abuse I receive more review submissions than I could ever read. Fortunately for me, if not for the medium, comics have always lent themselves to oversaturation. When you feel as though you’ve read it all before, experienced every subversion of the superhero, science fiction and horror genres possible (or enough to die a content reader), it’s easier to give a submission the pass.

At least, I liked to believe I’d read it all before. Then I came across Yiffing in Hell, Episode 1: Secret Reunion in Carfax Lodge. Yiffing in Hell is a demented labour of love from Pablo Rincón (artist alias Geladaa), a sprawling and esoteric tale of… I’m not sure exactly. As others have stated, the book’s slogan “a book you will know less about after putting it down than before picking it up” is entirely accurate.

Is that a good thing? Artists and critics often tend to favour work that is ambiguous in its nature, fiction that promises new or expanded meaning on subsequent readings. But how cryptic is too cryptic? I probably don’t have an answer to that question, and I get the feeling that Yiffing in Hell‘s author would be proud to evoke such incomprehension from his readers.

Rincón spent six years working on this book, and it shows. His artwork is intricate and inventive, as idiosyncratic and dense as his prose, which manages to pack in more obscure references than even this lifelong video game geek could keep up with. This is a book that quotes Castlevania: Symphony of the Night and Paradise Lost with equal measures of reverence, a tome so cram-packed with allegory and references that I’m forced to copy/paste its blurb, for fear that my own interpretation is ludicrously off the mark:

“In the far distant future, an artificial wolf; a fugitive once revered as a hero across the stars, steals a world and bleeds it to fuel… an endless stream of illusions; a bridal gift for his high school sweetheart…”

Despite the author’s assurance that this is not a pornographic title, Yiffing in Hell does feature an extensive sex scene, one which climaxes in violence and cannibalism, that the guys at deconstructingcomics.com were not particularly fond of, to put it lightly. I guess the clue is in this title – if you’re not familiar with the “yiff in hell” meme then you’re welcome to research it at your own discretion. I didn’t find said climax that disturbing or offensive, but I’m willing to believe that years of reading far more gratuitous self-published comics has desensitised me beyond repair.

Yiffing in Hell is a book that you’ll probably only enjoy if you’re willing to fully give yourself to it, though I read it twice and still only have a vaguest inkling as to what its creator intended it to say. Rincón clearly has talent, even if his work’s archness makes his work nearly impenetrable. Was I confused? Hell yes, but I was never bored. I guess it’s also worth noting that this review comes from the perspective of someone who spent eleven years developing a similarly abstruse novel that nobody quite understood.

Experience the Yiffing strangeness for yourself over at www.geladaa.com, though I can’t find any evidence that the book is on sale yet (the Kickstarter for a printed edition ended prematurely in December 2016). Nevertheless, a note to anyone considering buying the digital edition when it does release: the book is formatted so that each image is accompanied by a page of prose, styled to look like a cue card from a silent movie, with each scene preceded by a soundtrack suggestion. The book’s presentation is as novel as its content, but does mean that Yiffing in Hell isn’t really compatible with tablets. Only when I read it in 2-page view across a widescreen device was Rincón’s vision apparent.