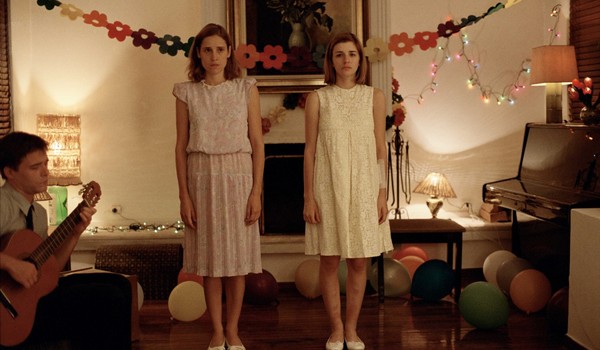 Everything unknown is taken for magnificent, in this surreal and downright warped Greek movie that immediately evokes Lars von Trier and Michael Haneke, but is no less distinctive. Bar one home dentistry scene near the end there’s very little violence, yet Dogtooth steadily cranks up the discomfort with such a light touch that it makes Funny Games look gratuitous by comparison.

Director Yorgos Lanthimos doesn’t so much lay out a plot for the audience as invite us to spy voyeuristically on three siblings confined by their parents, led to believe that the world outside their walled garden is an instant death-trap. Despite evidently being in their early twenties the brother and two sisters live a life driven by playtime, and are persistently encouraged to compete against one another in order to win coveted sparkly stickers. But the introduction of outsider Christina to satiate the son’s sexual urges injects a destructive dose of realism into the siblings’ childlike existence. Only Christina is named; the rest of the cast are simply referred to as father, mother, the eldest, the youngest and son. Dogtooth inhabits a world fuelled by superstition and fairy tale logic, one where an encounter with a cat will prove fatal, aeroplanes are tiny toys that if you’re lucky will land in your garden, and zombies are little yellow flowers. The film’s frequent sex scenes are the exact opposite; candid and unimaginative.

Dogtooth ends as abruptly as it begins, with a sudden cut to a static end titles screen that caused my fellow cinemagoers to moan in unison. Exiting the multiplex, I passed a poster for Prince of Persia and considered how that film would have provided me a hackneyed ending and a sense of purpose all wrapped up in a neat but thoroughly derivative package. Dogtooth is far from a crow pleaser, but it’s a though-provoking and impeccably crafted little film that is quite unlike anything else you’ve seen.