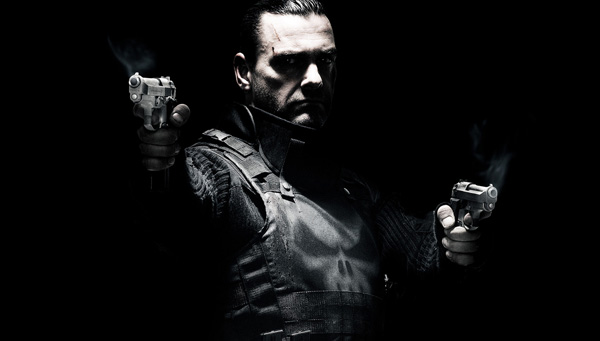 The Punisher is a bit of an anomalous comic book creation. Inspired by 70s revenge movies such as Death Wish, his rise to infamy can perhaps be attributed to three factors. Firstly, he was a gun-waving psycho in an age when the comic book antihero was still relatively fresh. Secondly, he killed his enemies, which during the reign of the comic code was deemed pioneering. Lastly, and perhaps most interestingly, he was one of a (then) handful of “superheroes” who wasn’t exactly super. Even Batman had a costume, an elaborate Batcave and hi-tech gadgetry. Frank Castle had a skull-emblazoned T-shirt and an uzi.

It’s the latter of those above elements, the regular hero battling a fantastical world, that has been absent from all three of the Punisher’s movies so far. It’s also indicative of why both this new cinematic incarnation and its predecessors have failed to varying degrees. Take the Punisher out of the Marvel Universe and his rampage of vengeance on the gangsters that killed his family (and beyond) offers no more than any other violent revenge-driven actioner. Stylistically at least, Punisher: War Zone comes closest to the character yet. The 1989 Dolph Lundgren vehicle was a lifeless straight-to-video Batman cash-in, while the 2004 follow up had an agreeable 70s vibe to it but wandered from the character’s origins and provided little of the action that its bloodthirsty audience demanded. War Zone, unrelated to either movie, has leapt a decade forward from there, and is a decidedly 80s movie in character. It is also undeniably violent, exploitative and mindless; but in the case of this franchise that isn’t necessarily a bad thing.

Martial artist and stunt woman Lexi Alexander might have initially appeared an odd choice for directing this film. War Zone is so much of a testosterone pumping bloke flick that I had to double-check that Jason Statham wasn’t on the DVD cover. Set in a city were every individual is either a cop or a criminal, the only two notable female characters are a grieving but hard-as-nails police widow (Julie Benz) and her cutesy daughter. That our viscous vigilante punches though gangster heads and snaps Mafioso necks with a zeal that would make Jason Voorhees jealous, only to emotionally fall apart whenever the little girl reaches for his hand, is about as good an indication of the attention this film places on plot and characterisation as any. But most people won’t be watching this movie for the plot. Sure, those who apathetically sit through it for the exploding skulls and against-all-odds climax will come away happier than the continuity obsessed fanboys, but even the comic community will be forced to admit that this is the most accurate and respectful Punisher adaptation yet. Ray Stevenson is effectively passionless as the titular vigilante, though his portrayal suffers such an absence of charisma that Frank is an impossible character to root for.

The Punisher’s erstwhile nemesis, the grotesquely disfigured Jigsaw, is played with pantomimic relish by The Wire’s Dominic West, but in the wake of Heath Ledger’s show-stealing Joker he lacks the necessary oomph to become anything more than a standard villain with an extremely ugly mug. Popular comic book mainstays Detective Martin Soap and Microchip also make an appearance, though their inclusion feels like little more than a nod to the initiated.

Yes, this review has been a rambling mess. Did I enjoy Punisher: War Zone? Not especially, but I’d happily recommend it to its intended audience. It is definitely proficient at what it does, knows who it needs to please, and is the sort of film that wasn’t made to endure the scrutiny of criticism.

Ultimately though, Punisher: War Zone efficiently captures Frank Castle’s brawn but none of his tactician brains. Many of the joys of reading a Punisher book by a capable writer such as Garth Ennis derive from the increasingly inventive ways which he devises for Castle to dispatch of America’s scum elite. In one early scene of this movie, director Alexander has the Punisher waltz into a room, wrap his feet around a chandelier and gyrate, gunning down the encircling opposition while they fail miserably to bag him in his stationary position. Nuff said, really.