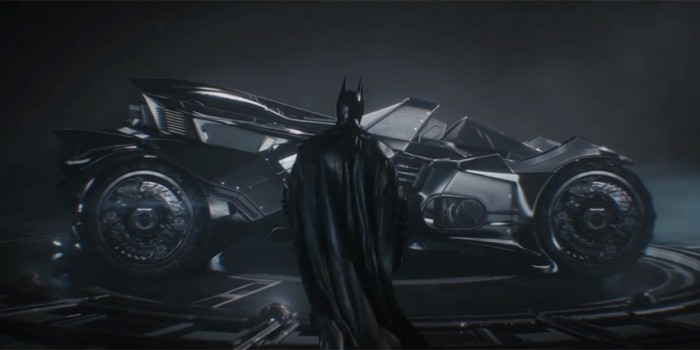 The first official 5 minute trailer for Batman: Arkham Knight is out, and it manages to “get” Batman far better than Nolan’s The Dark Knight Rises did in its 165 minutes running time.

While Arkham Origins left a sour taste in many a gamer’s gob (though I thoroughly enjoyed it), Arkham Knight promises to see the Caped Crusader take a small step forward, with a new and controllable Batmobile – which isn’t far removed from the Tumbler in terms of design. The game will also see the return of Asylum‘s Scarecrow, and the such familiar foes as Two-Face, Penguin and Harley Quinn.

Yes, it’s incredibly slick, as was last year’s Deathstroke trailer. Hopefully Rocksteady will pull something special out of the proverbial hat for what is being touted as the final instalment in the Arkham series; it definitely  seems to have already passed the point of franchise fatigue.

But again, I loved Arkham Origins; despite its crudely recycled sandbox and QTE-heavy boss battles, and hope that Arkham Knight will once again provide the opportunity for less exhausted antagonists to take the spotlight.