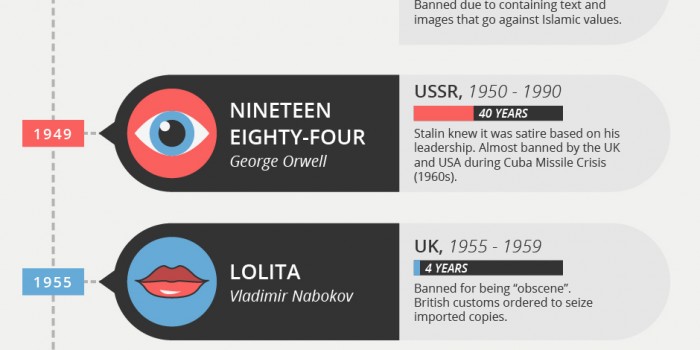 The marketing folks at www.printerinks.com have commissioned a fun infographic detailing the history of banned books across the last century.

The graphic list a clear and concise overview of the most famous banned books, and where and why they were banned.

Surprisingly, the list isn’t all dissentious Russian epics and Salmon Rushdie. In 2006, Kansas apparently banned Charlotte’s Web, due to the blasphemous use of talking animals; just further proof that most people don’t deserve books.