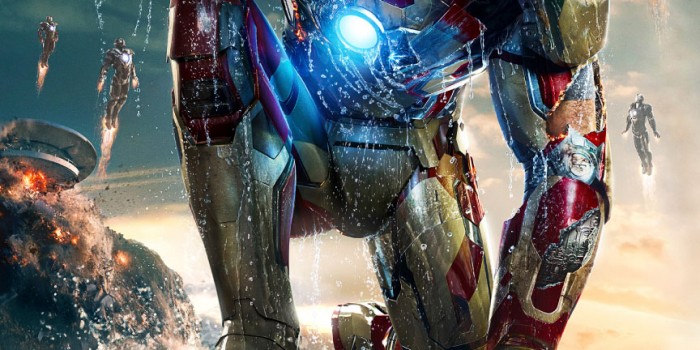 As with any diligent geek, my vulture-like gaze is forever focused on photos, interviews and footage even remotely related to future comic-related movies. But for some reason the latest trailer for Iron Man 3 left me feeling a little… exhausted, I guess.

Perhaps it’s the fucking Lego. Or perhaps my apathy is down to the fact that Iron Man 2, while entertaining enough, was an absolute mess of uninteresting villains, tenuous Avengers “cameos” and misplaced bromance that failed to deliver on any potential. Likewise, Shane Black’s second sequel appears to offer so much that you have to wonder how this will all fit into one feature length movie without compromising on character or plot.

Nevertheless, there’s a hell of a lot to enjoy here, including an army of Iron Men, something resembling the Hulkbuster armour, bleached boffin Aldrich Killian (or one of his test subjects, it’s too brief a clip to say) engaging in fisticuffs with a fully suited stark… and I think it’s safe to say that the MU’s new President, Sal Kennedy, is up to no good. He simply wouldn’t be played by William Sadler otherwise. And there’s also something appealing about seeing the walking-talking ego that is Robert Downey Jr. Tony Stark reduced once more to the desperate survivor who must rely on his inventiveness rather than his finances when he’s is backed into a corner. The first film gave us a brilliant origin story, and the second was essentially Rocky III with walking/flying tanks… which I guess makes Iron Man 3‘s “back to basics” theme all the more fitting. Just don’t expect to see Stark dragging boulders up mountains.

2 thoughts on “Has the Latest Iron Man 3 Trailer Given Away Too Much?”