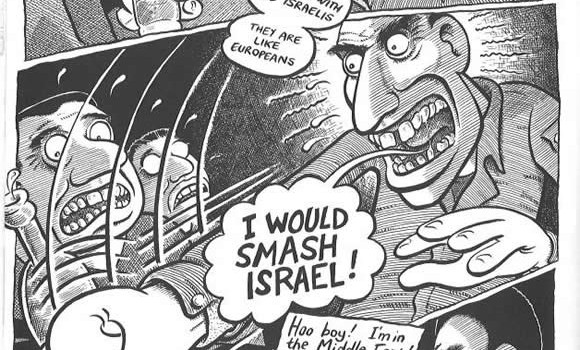 The exposing of injustice through the comic medium is nothing new, even if there’s always been a shortage of artists who genuinely have something to say. Joe Sacco’s Palestine has as much oomph as the finest documentaries – fans of Sacco should check out Ctrl.Alt.Shift’s excellent interview with him here – while Bryan Talbot’s A Tale of One Bad Rat drove home the lasting effects of child abuse. These artists and more will be featured at the show, including Dave McKean, Pat Mills, Peter Kuper, Dan Goldman and the winner of a related competition earlier this year. The exhibition will also include a collection of vintage superhero awareness specials that were popular in the 70s and 80s, such as Heroes against Hunger, in which Superman confronts the famine in Ethiopia.

Part of the 2009 Comic Festival (www.comicafestival.com), Ctrl.Alt.Shift Unmasks Corruption will also be several intriguing workshops at the ICA, details of which can be found at www.ctrlaltshift.co.uk/collaboration/comica.

As previously mentioned, if you can’t make the exhibition there will also be an opportunity to buy the Ctrl.Alt.Shift Unmasks Corruption anthology, which will sell for a mere £4.99 in comic stores, and profits from the 5,000 copies printed will go to the charity. The Lazarides Gallery will also be selling limited edition screen prints of the original artwork.

And finally, here’s a sample from Sacco’s Palestine, followed by the first part in Daniel Merlin Goodbrey’s on-line strangeness Empire of Odd (www.e-merl.com):