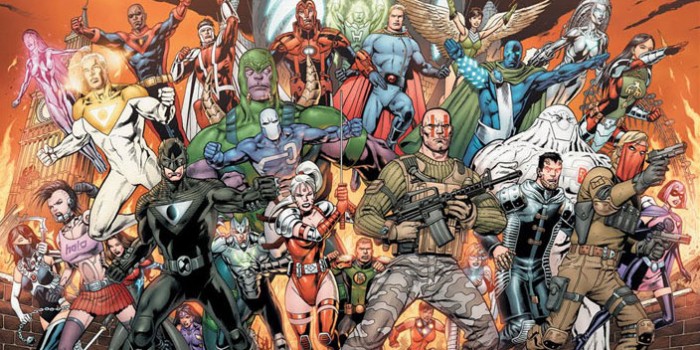 The biannual position, announced by Scott McCloud at the charity’s Lakes International Comic Art Festival on 17th October, will see the veteran creator promoting comic books and graphic novels through schools from February 2015.

It’s a nice move forward for the medium, I think, and the jovial Gibbons is a good choice; he’s been in the industry for a hell of a long time, and his work has covered 2000AD, Doctor Who, Marvel and DC, and of course the seminal Watchmen.

According to the CLAw website, the role will see him “act as an ambassador for comics and their potential to improve literacy”.

The charity’s trustees include Bryan Talbot (who I can see being a future laureate), artist Ian Churchill, and SelfMadeHero’s Managing Director Emma Hayley.