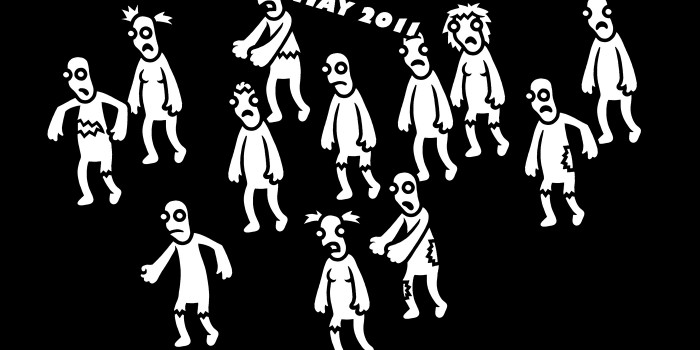 Where: Excel London, Royal Victoria Dock
When: 27-29th May

Those quirky garment designers at Genki Gear have unveiled several official T-shirts that will be exclusively available at this May’s MCM Expo London Comic Con, allowing geeks everywhere to connect with like-minded dreamers when 2011 is but a distant memory. Sob…

The shirts come in two flavours: a bank-robbing robot and quite possibly the least threatening zombies I’ve ever seen. The T-shirts are only available on pre-order up until 31 April at GenkiGear.com, and can be collected at the show or through the post.

To check out Genki Gear’s range of clothing, visit www.genkigear.com

For more on the London MCM Expo, visit www.londonexpo.com.