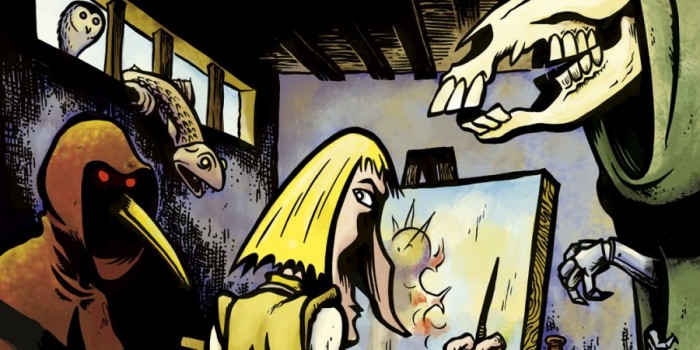 The irreverent and very fictional take on the Netherlandish painter, whose striking and fantastical images of hell has influenced generations of artists since, is written and illustrated by Dutch artist Marcel Ruijters. Hieronymus was commissioned by the Bosch500 Foundation and the Mondriaan Art Fund as part of the 500th anniversary.

Hieronymus will be available from October 15.