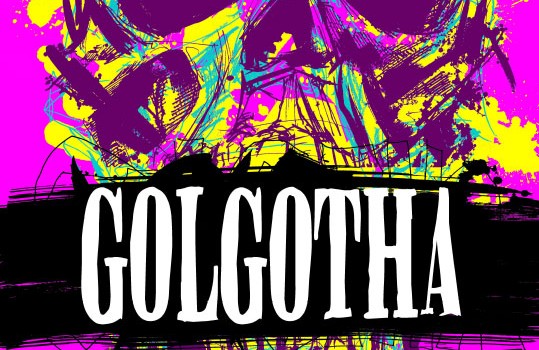 This April, 215 Ink will be releasing Golgotha, a graphic novel exploring “the mythical beginnings and ominous present of H.P. Lovecraft’s hometown of Providence, Rhode Island.” The 130-page graphic novel follows “the harrowing happenings of a few fun-loving junkies as they attempt to recover the stolen skull of Lovecraft – a totem that holds enough power and secrets to send Providence straight into the sea.”

215 Ink President Andrew DelQuadro describes Golgotha as “a must for any horror fan, with a fast-paced story from Andrew Harrison and the manic illustration of Karl Slominski.”