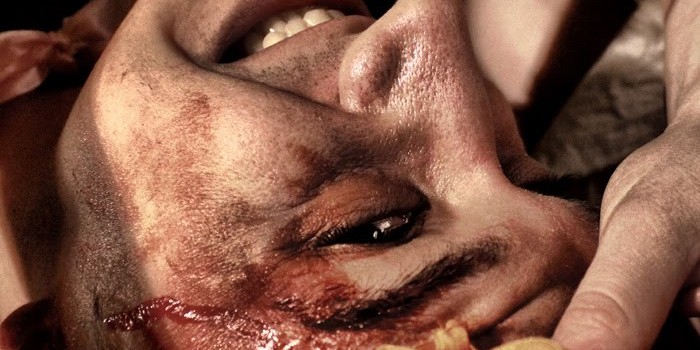 A bunch of Brooklyn creatives led by multimedia artist Stavit Allweis need your donations to help fund Isness, a gruesome fotonovela chronicling the last 24 hours in the lives of the sole surviving family of a post-apocalyptic future. For those unaware of what exactly a fotonovela is, the format was essentially a comic book with photos instead of illustrations. Though the technique pretty much died out in the 70s, it’s still used to “humorous” effect in such classy publications as the The Sun. But while the fotonovelas of yore were pulpy, trashy affairs (or inexpensive movie adaptations) Isness looks to be comprised from painstakingly highly polished shots that look like stills from a movie, albeit an eerie, gore-drenched B-movie.

There’s clearly a lot of hard work and attention to detail going into this project, and Stavit already has a whopping 40,000 images to work from. The costumes look superb, and should the team get the donations they require the house exterior and surroundings will be built as miniatures and added to the photography via green screen. If there’s one thing I love more than anything, its detailed dioramas of dilapidated dystopias – and alliterations, naturally.

For information on the comic, as well as a ton of photos, visit countercomics.com. As with an ever-increasing number of indie projects, the guys behind Isness are seeking financial support for the project up at the brilliant kickstarter.com. Those who pledge a few dollars will receive anything from custom prints to signed copies of the book and, most intriguingly, a “one-of-a-kind, recycled and re-designed T-shirt featuring an ISNESS image of your choice!”