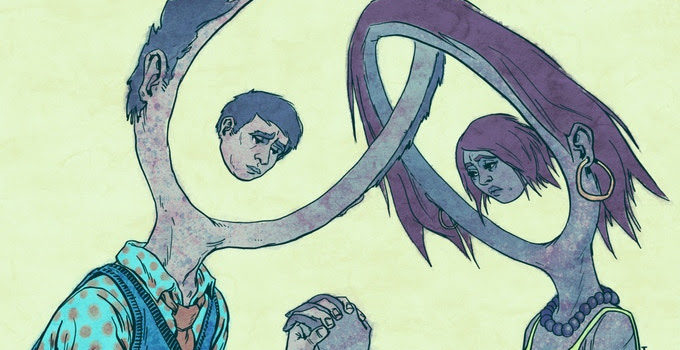 Almost ten years ago I reviewed Ben Jelter’s The Tumor, a rather Kafkaesque graphic novel about a single man who develops a tumour on his neck, one which soon parts ways with its owner and grows into woman. Naturally, he begins dating her.

I remember The Tumor as clearly as I’d read it yesterday, mainly because a) it was good, brilliant even, and b) it was possibly the book that made me want to focus on reviewing creator-owned and self-published comics.

Jelter (www.benjelter.com) followed up that graphic novel debut with Moscow 38 and Heliosphere, as well as iOS game Sidius Nova, and is now looking to fund a different kind of project. Pictures for Brains is a 100-page book collection of Jelter’s surreal images, which much like his comic work show not only his superior technical skills but his fantastically demented imagination.

The Pictures for Brains Kickstarter commenced yesterday and has already fulfilled its goal, so you’ve nothing to lose by backing it, except possibly your food money.