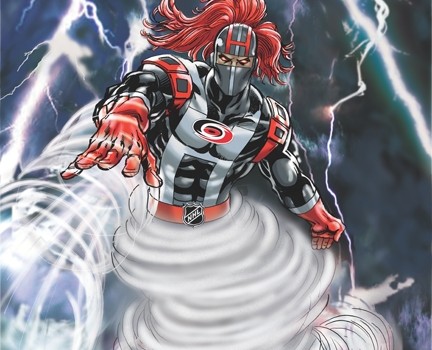 Stan Lee’s latest venture, The Guardian Project, has been unveiling its 30 new superhero creations – each based on a different NHL team – on a daily basis according to user votes on Facebook.

Those voting in the daily match-ups are automatically in with a chance to win one of 10 Limited Edition Guardian Project Graphic Novels per day, so it’s probably worth a few minutes of your time.

So far the following characters have been revealed: