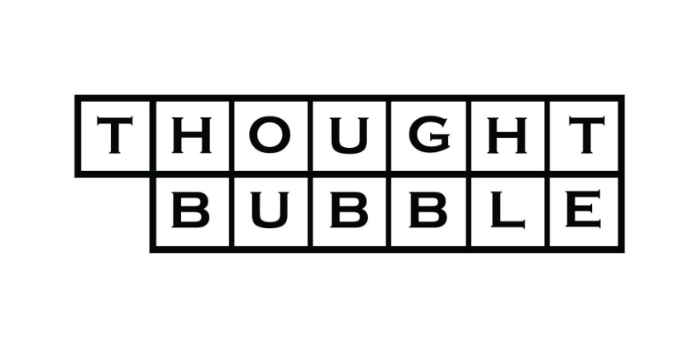 After nine years at Leeds Dock, Thought Bubble will be undergoing major changes for 2017, assuming the form of a festival village in the middle of Leeds City Centre. With this change in location comes a shift in date, with the comics festival moving from November to September. The 18th to the 24th of September, to be precise, with the festival’s convention taking place on the 23rd and 24th.

The move will allow the 11th edition of Thought Bubble to cater for its ever-expanding attendance (last year apparently saw over 60,000 visitors) with larger spaces and improved public access, and events spread across landmarks such as the Carriageworks Theatre and Leeds City Museum.

While other “comic book conventions” seem to have spent the past decade making the gradual transition from accommodating other mediums such as TV and videogames to virtually sidelining the comics altogether, Thought Bubble has always been focussed on celebrating the comics medium in all its shapes and forms. It’s heartening to see it doing so well, and proving such a beloved staple of Leeds’ cultural calendar.

This year’s first major guest announcement is Umbrella Academy‘s Gerard Way, who will be discussing the Young Animal imprint for DC. Hopefully, I’ll have read the trades for Doom Patrol and the rest by then.

There’s not much more news than that at this moment, but expect announcements aplenty in the new year on thoughtbubblefestival.com.