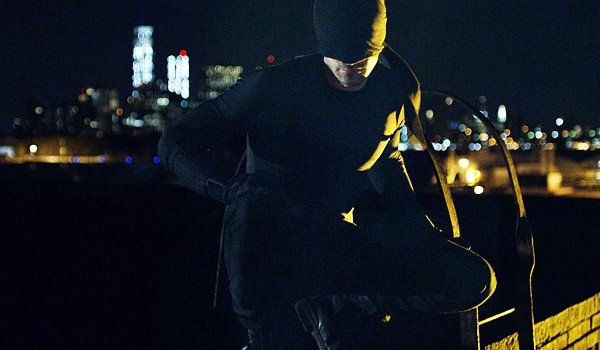 The full trailer for Marvel’s upcoming Daredevil series has gone live, and it pretty much gets everything right about the character. Charlie Cox looks great as both the titular vigilante and alter ego Matt Murdock, Hell’s Kitchen seems suitably grim (especially for a TV show), Scott Glenn is Stick, and the back of Vincent D’Onofrio’s bald head is mighty intimidating.

Fans concerned about the lack of a red costume (for now) should check out Frank Miller and John Romita Jr’s excellent 1993 miniseries, Daredevil: Man Without Fear, which is purportedly a major inspiration for this series. It’s been confirmed that Cox will upgrade from a black bandana to the crimson costume during the series, just as Murdock did in Miller’s origin story.

Daredevil will air on Netflix April 10.

I can’t bloody wait that long…