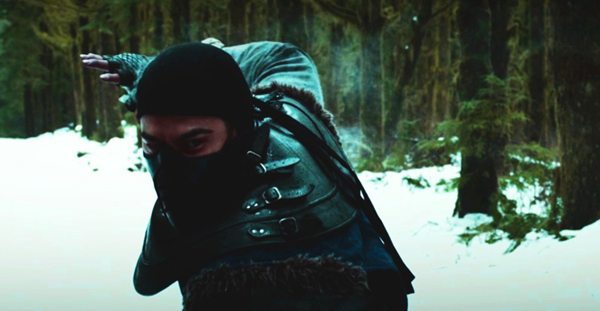 Last year, Mortal Kombat : Rebirth proved an unexpected success on Youtube, paving the way for what looks to be a revival for the once venerable series with this year Mortal Kombat 9 set for release next week. Yet while many originally interpreted the short as the trailer for a new MK movie, it was in fact a teaser that director Kevin Tancharoen hoped would convince Warner Bros. to finance a new project.

Well, that project hasn’t yet blossomed into a new Hollywood feature but a 10-part webseries, in which Michael Jai White and Jeri Ryan resume their roles as Jackson Briggs and Sonya Blade, respectively, as they once again take on Kano. It’s an origin story/reboot of sorts, one that explores Kano sans-cybernetic eye and Jax before he got those kick-ass arms.

I say “explores”, but anyone expecting characterisation here will be disappointed; fortunately, the first webisode delivers on the action, which, let’s face it, is what Mortal Kombat is all about. Series stalwarts Sub-Zero and Scorpion are due to make an appearance soon.