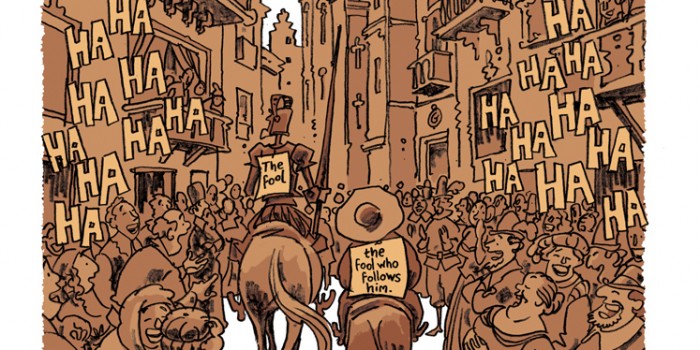 SelfMadeHero is delighted to be taking part in this year’s El Dia E. (Spanish Day) celebrations at Instituto Cervantes in London on Saturday 22nd June.  UK writer and illustrator Rob Davis will be talking with broadcaster and journalist Alex Fitch about his much lauded adaptation of Don Quixote which has been published in two volumes.  The Man of La Mancha feels more heroic knowing that this is taking place in a location named after his creator.

Rob has built up an international reputation for his work which includes drawing comic book icons such as Judge Dredd, Doctor Who and Roy of the Rovers, with Don Quixote Volume 1 being shortlisted for the prestigious British Comic Book Awards.