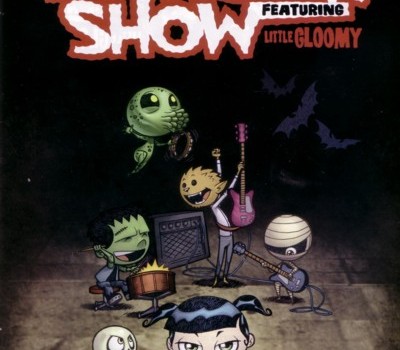 Series to be renamed Scary Larry

The animated series, which has been retitled Scary Larry, is about a teen werewolf who forms a rock band with his monster friends. The show has been greenlit for 52 13 minute episodes which will air first in France on Canal Plus. No US distribution for the show has been announced yet. The comic book, which was originally designed for an anthology comic book series, has seen a few different incarnations during its SLG Publishing run, including being a regular feature in Disney Adventures magazine.

“Any long time readers will note that there are some structural and visual differences between the show and the comic.” said writer and co-creator Landry Walker about the animated series. “The majority (but certainly not all) of these were implemented by Eric and myself when re-imagining Gloomy for the world of television.” Artist and co-creator Eric Jones added “Much of what can be seen in the show represents what might have been a third comic series, had we had the time and inclination to publish a third series.”

SLG Publishing is the San Jose based comic book and graphic novel publisher of such well-known titles as Johnny the Homicidal Maniac, Elmer and Pinocchio the Vampire Slayer.