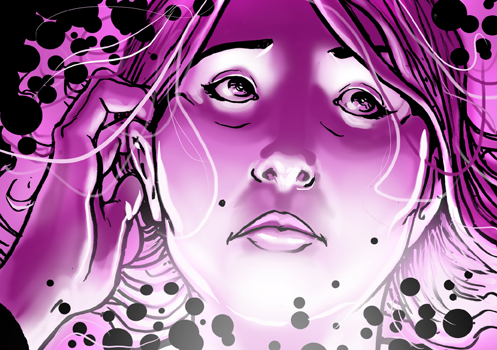 “We couldn’t be more pleased with the addition of Flutter to our lineup,” said 215 Ink President, Andrew DelQuadro. “McComsey and Wood have proven their ability to create comics people want to read, and the level of care they’ve shown with regard to both story and art is exactly what we look for at 215.”

Flutter is the story of Lily Welsh, a teenage girl who shape-shifts into a boy to get the girl, and the chaos that ensues from pretending to be someone she’s not. As she’s dealing with her new-found powers, ghosts from her father’s past in the FBI come sniffing. This is right in the wheelhouse of creator Wood, who also writes non-fiction features for infoplease.com, an educational website.

In addition to the wildly successful FUBAR, artist McComsey is also the creator of his own graphic novel series – American Terror: Confession of a Human Smart Bomb.