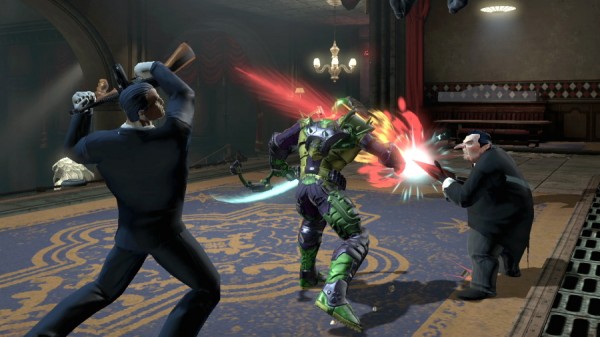 SOE may have announced a severe staff culling, but that hasn’t stopped the release of the second major update pack for DCUO – imaginatively title Update 2, and formally known as the March update.

So, what does the belated March update bring those of us lucky enough to have made it through to early April? A similar set of distractions as the first update pack, really: another Batcave raid, a solo mission against the Penguin, a new PvP Legend character (Two Face), and a Green Lantern-themed Duo level. There’s also a large number of changes being made to the social side of the game, including an improved interface. ‘Bout bloody time, too! I can imagine many players cancelling their subscriptions when March ended sans-update, but hopefully this of content will keep us surviving subscribers entertained for the next… ooh, 3 or 4 days. DC Universe Online is a fun, accessible MMO with a lot of potential, but it really needs more level 30 content, and soon, before gamers take their monthly tenner elsewhere.