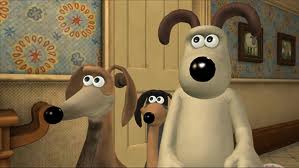 I wouldn’t be exaggerating if I said that Telltale’s unique brand of episodic gaming has become a monthly treat between which I keenly await the next. Just as Sam & Max and Strong Bad’s Cool Game for Attractive People did before it, Wallace & Gromit’s Grand Adventures provides a 3-4 hour dose of adventure gaming bliss. The periodic structure works perfectly for these titles; were the episodes longer and selling at a full retail price, I’d probably be inclined to see through the rose-tinted haze of nostalgia and be more objective of the limited replay value that often betrays the genre once known as point ‘n’ click.

But the point is that these episodes are neither long nor expensive, and the third Grand Adventures release, ‘Muzzled!’, is without a doubt the best in this series so far, with some inventive puzzles, an effectively slippery new villain and as fantastically bizarre an action-packed finale as you could possibly ask for. The title of this episode partially refers to a trio of rascally whippets that have been causing havoc around West Wallaby Street since their pound was destroyed in a storm. We visit our luckless inventor and his canine companion to find that their latest invention, the Infiniflavour, has been dismantled by the mangy mutts. This new contraption has the power to instantly produce ice creams imbued with any flavour imaginable… powered by Wallace’s ingenious Flavour Engraver, the latest in Custom Flavour Technology.

Now, if there’s one thing the first two instalments in this series lacked it was an identifiable antagonist. This has been more than rectified with the arrival of Monty Muzzle, the very epitome of the moustache-twirling huckster. The outwardly altruistic Monty has organised a “Save the Dogs” fundraising-a-fair, at which Wallace is eager to test the Infiniflavour, and has the gullible townsfolk eating out of his hand. Needless to say, the only resident who isn’t convinced by Monty’s charitable deeds is perceptive pooch Gromit.

Unlike previous episodes, the vast majority of ‘Muzzled!’ is spent playing as Gromit, with only a small portion of playtime given to his ineffectual master Wallace. It never ceases to amaze me how Aardman and Telltale convey such rich language via Gromit’s limited facial expressions and hand gestures, particularly in a dialogue-driven game such as this. It helps that the other residents of Wigan, Lancashire are equally the stars of the show, and Telltale has managed to get considerable mileage out of characters that could initially have been dismissed as shameless stereotypes. From the pie-eating contest between Winnie Gabberly and Major Crumb to Highland lout Duncan McBiscuit’s attempts at poetry, revisiting these eccentric personalities each month is like dipping back into a favourite television show. The standard training mode is ideal for younger gamers or those unacquainted with the point ‘n’ click genre, but in all fairness none of the puzzles in ‘Muzzled!’ are especially perplexing. In staying with the franchise’s leisurely tone, you won’t find any scenario that will take more than 10-15 minutes to solve, yet that is not to say that reaching those solutions isn’t any less satisfying. From unravelling the winning recipe for a pie cooking contest to unifying two unlikely lovebirds, the resolutions to the multiple dilemmas you find yourself in are as logical as the outcomes they result in are absurd.

The modelling clay visuals are as ever lovely, with several improved soft lighting and blur effects adding further to the diorama effect. There’s a certain charm about seeing mock fingerprints on the character models that never wears off for me. It’s definitely the little touches that make these games, from the souvenirs of the duo’s past exploits that litter each environment to the playful punnery found on street posters – a showing of Puppillon at the Old Ian Cinema, for example. The voice talent is excellent, and though Peter Sallis is missed, Aardman’s official backup voice actor Ben Whitehead continues to do an admirable job as Wallace.

As with the previous episodes, gamers are advised to use a control pad to play ‘Muzzled!’ The keyboard/mouse controls aren’t terrible by any means, but they never feel particularly instinctive. As adventure games aren’t exactly known for their mile-a-minute pace, this isn’t much of a problem, but Telltale clearly developed Grand Adventures with multiplatform sales in mind, and these games have presumably been designed for joypad users. An Xbox 360 controller is definitely the way to go, but any pad with an analogue stick should work just fine. In between reviewing this episode and the last, I happened across several forums that didn’t exactly share my love for this series. The fact is that plenty of people, especially younger gamers who may not share my nostalgia for an era dominated by LucasArts and Sierra or those accustomed to dynamic platformers, may not find Wallace & Gromit’s gentle escapades to their liking. Adventure games have always been heavy in the plot and dialogue departments, and ‘Muzzled!’ is no exception. A few technical complications while I was nearing the game’s ending required me to start from scratch; that I was able to get back to that point in less than fifteen minutes by skipping the dialogue just shows how narrative driven these games are.

But Wallace & Gromit’s Grand Adventures isn’t for those adrenaline junkies. Younger gamers who can appreciate a mellow but frequently funny experience will treasure these games for years to come. As will any older player who frequently wonders why Pixar’s films have better characterisation than most live action movies. In fact, anyone with a fondness for witty dialogue, comic situations and a quintessential Englishness that simply isn’t found anywhere else will find the $34.95 (around £22) for four episodes or $8.95 (£5.50) for one a cracking deal.

Telltale’s previous adventure game seasons have generally improved with each episode, and it’s a shame that Wallace & Gromit’s Grand Adventures will end next month with the golf centred ‘The Bogey Man.’ Though the release of the new Monkey Island series will remedy this loss somewhat, I’ll be genuinely sad to see the colourful background cast of West Wallaby Street go.