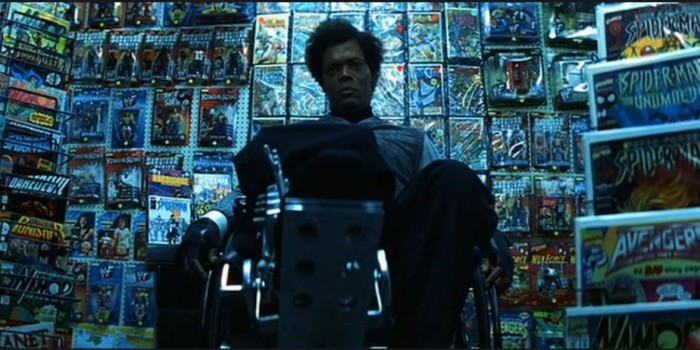 In Bloody Forehead I put the eponymous cranium to good use discussing the various issues I’ve encountered in the brutal self-publishing arena with my debut Welcome to The Fold, as well as any other matters of the quill that happen to drift into my flittering consciousness.

Fifteen years ago, I happened to wander into a small comic shop in Central London, and stumble across some incredibly talented artists flaunting their portfolios. It turned out a small US publisher was looking to set up a UK imprint, and were seeking new writing talent to complement their more established artists.

I tried my hand at stuttery, inept networking and, as luck would have it, had a comic script in my bag, as you do (there’s a lesson in there somewhere, kids). The guys in charge of the project seemed genuinely impressed, but told me that they were looking for non-superhero titles in the vein of Vertigo, and I agreed to return a week later with a concept I’d been developing, and merrily departed with my brain brimming with ideas.

The following weekend I failed to return, and instead lay in bed staring at the woodchipped wall. Why? Because during that hectic week I’d gone to see M. Night Shyamalan’s underrated Unbreakable and, to keep things brief and polite, had spent two hours watching my idea on the screen. I remember storming out of the cinema on the brink of tears, and shouting “they even had the wheelchair-bound mentor that my comic script has!”

Looking back, I realise that there were similarities, yes, but not enough to justify abandoning a project I’d worked so hard on. But my nerves got the better of me, and the fear of being considered an imposter pushed me into a creative slump that lasted several years. What if people read my script and assumed me unoriginal, or worst still, a plagiarist? Several bitter years later, I once again ditched my plans to submit to a proposal to several small publishers when Scott Pilgrim fever briefly infected the world. Why? Because my comic script, entitled The Scribe, was a wacky romantic comedy in which the love interest is a brightly-haired woman called Ramona. Again, in retrospect my work had very little in common with Bryan Lee O’Malley’s reference-laden series other than that name (and possibly the hair) but it didn’t need to.

The very notion that people might read my script and deem it (gasp) derivative was enough for me to can the idea. In short, I was using this reasoning to compensate for my fear of failure.

Secondly, like any writer/artist, I find it difficult to start a project. Actually, that’s not entirely true. In fact I find it relatively easy to start projects… I just start far more than I finish, predominantly due to my habit of working on a dozen things at once.

When developing The Scribe, I initially described the webcomic as Woody Allen’s Manhattan placed within your archetypal capes and cowls comic universe, but the truth is that it’s nothing like that at all now. As with all my work, The Scribe has evolved to the point that its unrecognisable from its initial concept, which is great for maintaining artistic integrity, not so good for marketing the damn thing. In a climate that favours sensationalist gimmickry, developing a novel, comic or narrative-driven project that doesn’t fit a specific genre or niche is creative suicide. The difficulty in starting The Scribe has been that it that doesn’t fit into any particular genre or niche. My aborted attempts have all been restarted because no art style has naturally complimented my script. Sure, The Scribe is set in a world where superheroes exist, but it’s far from a superhero story. In fact, there is not one major character who has any sort of power or costume. The protagonist spends his days drinking copious amounts of coffee and staring at an antique typewriter. It’s hardly action-packed stuff, yet at the same time it’s far from the arty and introspective underground/commix work of Daniel Clowes or Jason Lutes (which I absolutely love, don’t get me wrong).

I recently endured a similar bout of hysteria when Grant Morrisons’ Multiversity was announced weeks before I was due to self-publish my first novel, Welcome to The Fold, a multiversal parody that ostensibly shared many themes and comic book archetypes. Fortunately, I was older and more stubborn than that young hopeful featured in paragraph two, and released it anyway. Multiversity turned out to be nothing at all like my novel, and the whole thing felt like a ridiculous panic attack. Which it was, I guess.

Writer’s are forever evolving, as is their nature, and I’ve always assumed that proficiency in storytelling comes from mastering the craft over time and developing a bond with your readers. But perhaps of equal importance is the ability to stick with an idea, no matter how crazy and unprofitable it seems at the time and, conversely, how similar to other artist’s output it may appear to outsiders.