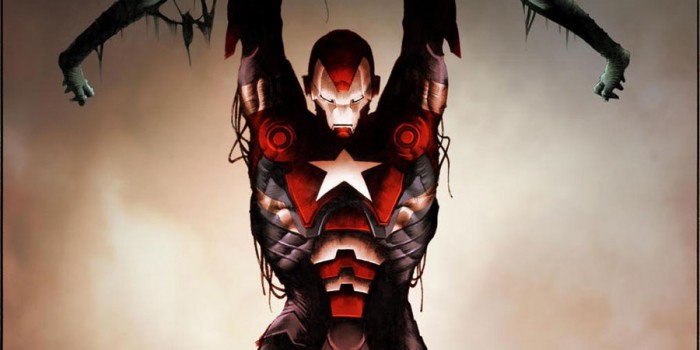 With the exception of the two Wolverine titles, the X-books have had little contact with the all-encompassing Dark Reign. Until now, that is, with Utopia, the first in a six-part arc that will pass through both the Uncanny X-men and Dark Avengers series.

Utopia partly acts as an X-men primer, and Fraction does a good job of balancing the bigger picture with the various key players. His heavy narration does become overbearing at times, and the mini character bios on every other panel would have been far better placed in an introductory page or at the back of the book. But by returning to the allegorical racial issues that the X-titles have mostly forgone since Grant Morrison tinkered with them, he’s brought the team back into the MU spotlight. I managed to read this entire issue without realising that it was illustrated by Marc ‘Cyberforce’ Silvestri. What’s with all the “pencil assisters”? That said, it’s a nice looking book, with so many cameos that you’ll feel obliged to scan every page.

Perhaps the biggest point of interest is Emma Frost’s new role as the previously revealed Black Queen. Dark Reign began promisingly, but the forthcoming Dark X-men suddenly feels like a step too far. After Dark Avengers, Dark Wolverine and Sinister Spider-man all we need now is Evil Aunt May and Howard the Sociopathic Duck.

But the final few pages have enough clout to make this Avengers/X-men crossover well worth investing in. When Cyclops, watching the God of war Ares from afar, comments “The terrifying thing? Someday soon someone’ll have to figure out a way to bring that monster down,” I felt a shiver along my spine. Though it may just have been the contorted position in which I was sitting.

Either way, we know that Norman Osborn’s reign will eventually come to an end. But at this moment in time his assembled Avengers appear nigh-on omnipotent.