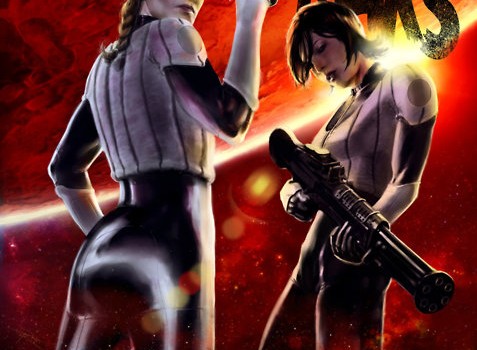 Image Comics will be publishing a trade paperback collection of issues 1-4 of D.O.G.S. of Mars, the sci-fi/horror title originally sold via digital platform Comixology.com. “We take you to the edge of the future and find that people haven’t changed all that much.  Things go ‘Lord of the Flies’ pretty quickly and these characters discover who their friends and enemies really are,” says Tony Trov.

The unique art style of Paul Maybury helps bring the gruesome story to life. Johnny Zito comments, “Paul’s designs are very industrial with Japanese gore splattered about. His vision of the monster is a grotesque, alien twist on the classic werewolf.”