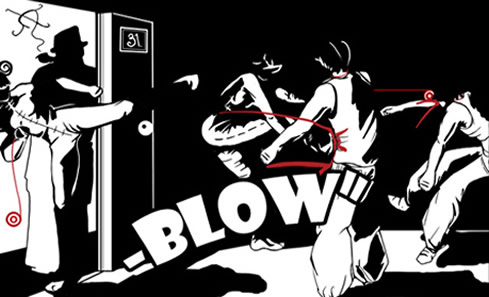 Increasingly in webcomics and self-published fiction, a little industry savvy is not only a plus but a prerequisite. Much to the chagrin of traditional comic creators, artistic proficiency and a knack for a good story aren’t going to be enough without a level of business strategy.

www.kisenja.com, however, has to be a first. It’s a combination of webcomic and clothes store from Swedish fashion designer Katarina Emgård, with the basis concept being that Katarina’s design’s will be modelled by her characters before being sold online. The shop section of the site is currently still under development, but the first episode of the comic is up for all to read. Kisenja tells the tale of “Five individualists with very different lifestyles and appearances, but there is one thing they all have in common: A great sense of fashion.” Fortunately, this narcissistic attitude doesn’t infringe on Kisenja’s story, which is a non-linear, five-chaptered affair chronicling the backgrounds and associations between the gifted strangers.

It’s an impressively slick first issue too, with noirish visuals, considered landscape page layouts and the virtually monochromic art implementing a single additional colour per character. All with some killer threads on display, naturally.

Kisenja can be read at www.kisenja.com… or join the site and receive your metafictional superhero certificate here.