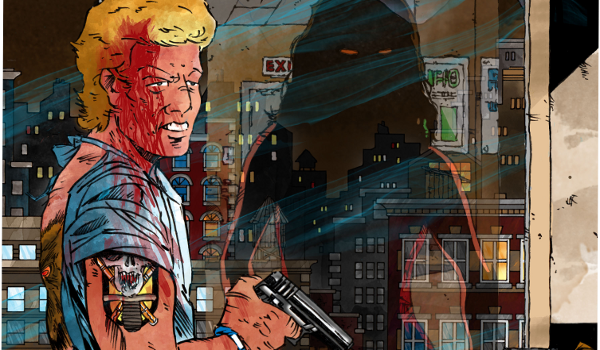 Shadowland is a new self-published title from writer Tobias Elmore and artist Ken Bastard. A supernatural detective tale, Shadowland is, according to its creator, inspired by the X-Files and film noir. When Detective Ian Gates wakes up in the hospital he has a head wound and no memory of what’s happened to him. Despite that he wakes up a hero, the admiration of a terrified city raining down on him for apparently ending the lives of a pair of dangerous killers in the process of saving a young woman’s life.

However, as the haze clears, bits and pieces of the night he landed in the hospital beginning to return, two things become frighteningly clear. He may not have been as much the rescuer as the one being rescued. And, whoever or whatever he was being rescued from… was not human.

A 10-page preview of the first book in what is planned as a series can be viewed at www.ShadowlandComic.com, while physical copies can be purchased for $10 at www.createspace.com. 48 pages, with b/w art.