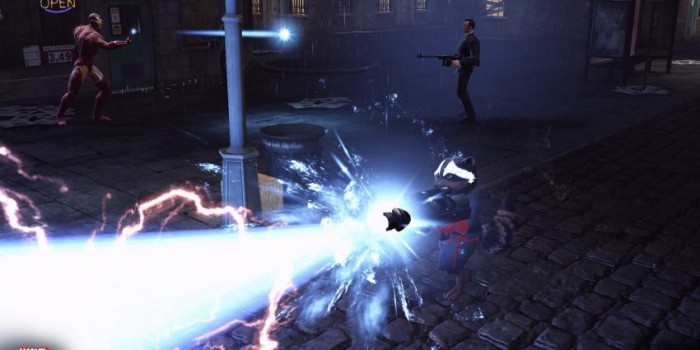 After what seems like years of teasing us with snazzy concept art and pre-purchase incentives, Marvel Heroes will be free-to-play from June 4th.

Those who are really desperate to play the game early can purchase one of 3 tiers of Founders Packs, which include one or several characters (though these can all be unlocked in-game), each with an alternate costume from Marvel’s rich history:

Hats off to the gamer enthusiastic enough to invest $199.99 on an online game that they’ve yet to play. But I guess these options wouldn’t exist if there wasn’t a market for them.

Gazillion Entertainment has also released a villains trailer, which features the usual suspects: Venom, M.O.D.O.K., Kingpin, Electro, Sabertooth and the Sentinels are amongst the familiar foes that you’ll be defeating again and again… and again… and again…