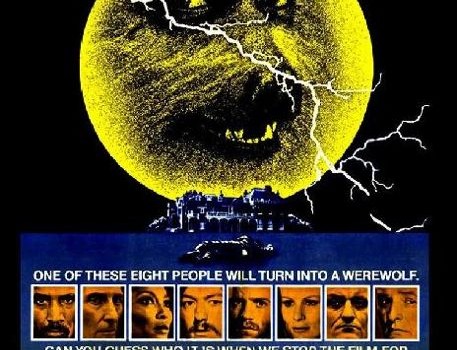 This Sunday, Kim Newman will be introducing the 1974 cult classic The Beast Must Die, and celebrating the new edition of Nightmare Movies, his comprehensive guide to everything gruesome, ghastly and gory.

The epitome of cult cinema, The Beast Must Die will include the original theatrical release’s ‘Werewolf Break,’ in which the audience were encouraged to guess the lupine murderer from a suspect list that includes Charles Gray, Michael Gambon and genre stalwart Peter Cushing. The Beast Must Die - poster

The show/event will include ’70s tunes, drinks and canapés from 10pm, as well as another Short in the Dark entry courtesy of the London Short Film Festival. Attendees are advised to ‘dress for dinner’.

Tickets are £7.00 (plus booking fee) and available here.

‘The Beast Must Die’ comes from the legendary Amicus, the studio that dripped blood and stars Calvin Lockhart, Peter Cushing and Michael Gambon. A wealthy businessman and skilled huntsman summons a handful of guests to his home for the weekend, one of whom has a taste for blood. It’s up to the others to seek out the monster before the full moon fades…

“The Beast Must Die is a horror classic in every sense of the word. It has it all: horn heavy bow-chica-bow-wow Seventies theme music, a badass soul brother as the lead character, some surprising gore… and one of the true masters of our genre; Peter Cushing” – Dread Central

Curated by event programmers MMX Associates, Midnight Movies have taken place across London every month since February 2008 at venues such as Curzon Soho, Rio Cinema in Dalston and Ritzy Cinema in Brixton plus The End of the Road and Green Man music festivals. Offering London film-goers an array of cult films in a late night setting, the screenings include a pre-party with live music, themed cocktails, fancy dress and decor.  Featured recently on BBC’s Film 2011, Midnight Movies has welcomed cult legends John Landis, Edgar Wright, Dario Argento, Roger Corman and Bruce Campbell to present their work, held the English premiere of Lars Von Trier’s controversial Antichrist and partnered with the BFI London Lesbian and Gay Film Festival, Sci-Fi London and the London International Animation Festival. For more information, visit: www.midnight-movies.co.uk or www.facebook.com/midmov.

Now over twenty years old, the original edition of Nightmare Movies has retained its place as a true classic of cult film criticism. In this new edition, Kim Newman brings his seminal work completely up to date, both reassessing his earlier evaluations and adding a second part that analyses the last two decades of horror films with all the wit, intelligence and insight for which he is known. Since the publication of the first edition, horror has been on a gradual upswing and has gained a new and stronger hold over the film industry. Newman negotiates his way through a vast back catalogue of horror and charts the on-screen progress of our collective fears and bogeymen, from the low-budget slasher movies of the 1960s, through to the slick releases of the 2000s. Nightmare Movies is an invaluable companion that not only provides a newly updated history of the darker side of film but also acts as a truly entertaining guide with which to explore the less well-trodden paths of horror and rediscover the classics with a newly instructed eye.