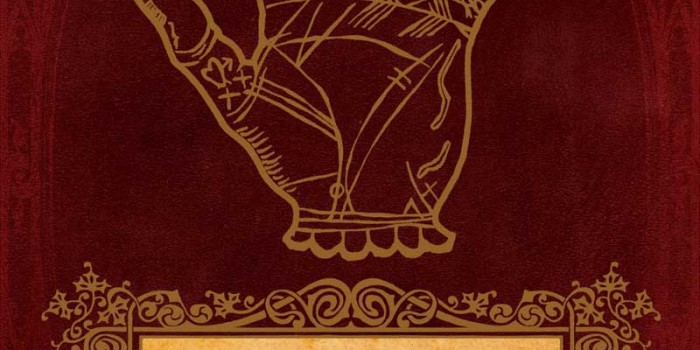 Jonathan Walker is the author of Five Wounds: An Illuminated Novel and Pistols! Treason! Murder!: The Rise and Fall of a Master Spy (both illustrated by Dan Hallett). He is also a historian of Venice, who has been researching and publishing on the city for over ten years. Below he explains the influence of comic books on the unique ‘illuminated’ format of Five Wounds, which is published today in the U.K.

Long decried as reductive and simplistic, comic books are actually, as Douglas Wolk has recently suggested, a vehicle peculiarly suited to allegory: that is, to the representation of abstract ideas through narrative. Wolk argues that superhero comics in particular ‘provide bold metaphors for discussing ideas or reifying abstractions into narrative fiction. They’re the closest thing that exists right now to the “novel of ideas.”’ (Wolk, Reading Comics, p. 92) All superhero characters and plots are, in some sense, allegorical, but this in no way detracts from their integrity as stories. My novel Five Wounds, co-created with artist Dan Hallett, translates this comic book approach into its own literary idiom. For example, each of my five protagonists has a heraldic shield, complete with a motto. The designs of these shields not only represent the identity of the individual to which they belong in diagrammatic form, but also describe the various relationships between the characters visually using colour-coding. These shields therefore serve the same function that superhero costumes do in comic books.

The comic book influence on Five Wounds is not confined to the illustrations. It also provides a structure for the story. If the five protagonists are in some sense superheroes, then they are heroes whose power is at the same time a disability. Gabriella is a crippled angel, whose prophetic powers are compromised by her poor reception of divine transmissions; Cuckoo has a wax face that he can reshape at all, but its formlessness undoes his sense of self; and so on. In each case, a special power or insight is manifest physically as a difference (a deformity), and it corresponds to an obsession, by means of which each of the five protagonists attempts to reassert control over his or her destiny. Gabriella seeks to decipher a cryptic message about the death of her father; Cuckoo looks to control his fate by controlling the outcome of the card games he plays; and so on. This kind of dilemma should be very familiar to readers of the X-Men, although the characters in Five Wounds are perhaps closer to those in Grant Morrison’s Doom Patrol. All of the protagonists are trapped inside their own heads, but in the world of Five Wounds, this condition is not peculiar to them. Rather, it is generalised, so that everyone is either: (a) autistic: that is, they find intimacy and empathy difficult concepts to understand and master; or (b) solipsistic: that is, they find intimacy and empathy literally inconceivable. Comic book readers are often ridiculed in precisely these terms – as socially inept and borderline autistic – but the description is actually more applicable to the characters contained within comic book stories. To be a superhero is to have a peculiarly distorted kind of interaction with the outside world. This is, of course, one of the basic premises of Watchmen. Similarly, in Five Wounds what sets you apart also damages you, by definition.

The most important idea that Five Wounds borrows from comics is that the page is a meaningful unit of design. In comics, the page is actually a unit of punctuation, which is nominally equivalent to the paragraph, while the individual panel is perhaps equivalent to the sentence. So design is a kind of grammar. In a normal prose novel, by contrast, the entire work is often treated as one long, continuous stream of data, in which the position of the page breaks is of no consequence whatsoever. Indeed, the functioning of the Kindle is predicated on this assumption. Five Wounds, by contrast, borrows from comic books the idea that the layout of the page (in this case, the double-page spread) can be used to control the rhythm of the story. Thus every double-page spread in Five Wounds is a self-contained unit. Each has a miniature heraldic coat-of-arms at its upper right. This indicates in colour-coded form which of the protagonists appears on that layout. At its upper left, each double-page spread also includes a unique running head: a phrase that provides a cue or clue to help the reader to interpret what is happening on the page, or what is happening in the accompanying illustration. Besides the illustrations, whose subjects and locations were only decided upon after the page breaks had been set, several layouts also include doodles and scribbled annotations, whose relationship to the other elements on the page depends entirely on the precise position of the typeset text underneath them. So determining where the page breaks lay was an essential part of the composition process, and the text cannot be reset or changed without destroying the coherence of the design.

Finally, comic books also affected my relationship with my co-creator Dan Hallett, in the sense that comics provided us with a model for how it might be possible for a writer to collaborate with an artist, and what our respective roles should be in that collaboration. A free chapter from Five Wounds can be downloaded here. Find out more about the novel at www.jonathanwalkersblog.com