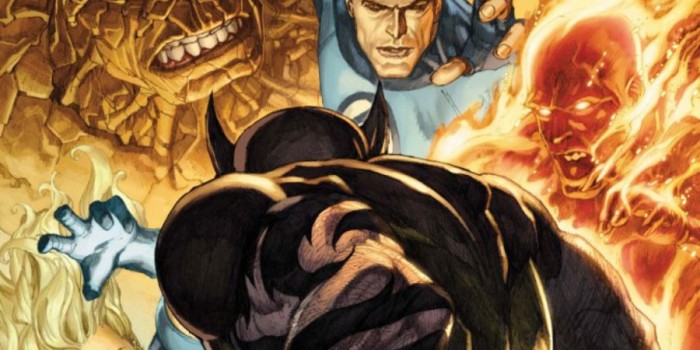 Daken continues to prove that he’s not the genuine Wolverine, he’s just a very naughty boy, as he playfully manipulates Norman Osborn, Hawkeye/Bullseye and the Fantastic Four to his advantage.

‘The Prince’ is an example of a pretty average comic plot held together by the talent involved. Way and Lui have done a great job of making Daken a more intriguing character, and much like Clint Eastwood’s Man With No Name in A Fistful of Dollars it’s difficult to deduce whose side he’s on, or whether his influence on certain parties is premeditated or instinctive. Giuseppe Camuncoli’s illustrations are mostly great, if somewhat inconsistent, and Catacchio’s work is likewise sporadic, with characters often sporting a latex skin gloss that is popular with overzealous digital colourists.

The problem with having so many Dark Reign titles on the shelf is that certain elements of each are beginning to clash. Captain Marvel has fled the team in Dark Avengers but is still present in this issue, while Hawkeye/Bullseye’s own miniseries has depicted him in an opposite light than Way and Lui do here. But again, this isn’t any fault of the creative talent, but Marvel’s willingness to flood comic shelves with Dark Reign titles; four of the seven-member team have their own titles, for crying out loud.